SMS Phishing induces victims to photograph its own token card

Today I faced quite an unusual SMS phishing campaign here in Brazil. A friend of mine received a SMS message supposedly sent from his bank asking him to update his registration data through the given URL. Otherwise, he could have his account blocked, as seen in Figure 1. 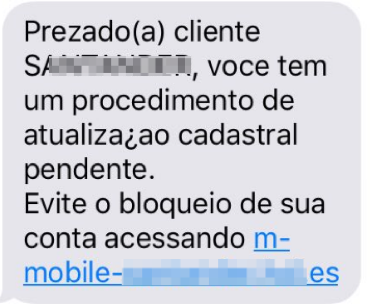 Telling you the truth, my friend doesn’t have any account on the informed bank and, even so, we know that those kinds of message are hardly ever sent by banks and are, most of the time, related to malware propagation and information stealing. However, instead of discarding the message, we decided to give it a try and the results, as you are going to read in this diary, surprised us. This campaign involves no malware propagation - just creativity in favor of evil.

The link in the message aims to take the victim to a fake and very simplistic mobile version of a well-known bank website. First, it asks for the “CPF” (a kind of social security card number) and a password, as seen in Figure 2. 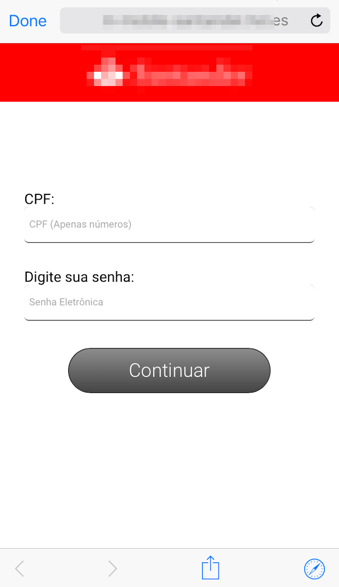 It is interesting noting that there is a data input validation. The user must obey to the CPF number composition rules otherwise he can’t proceed. This validation is done by the JavaScript code shown in Figure 3. 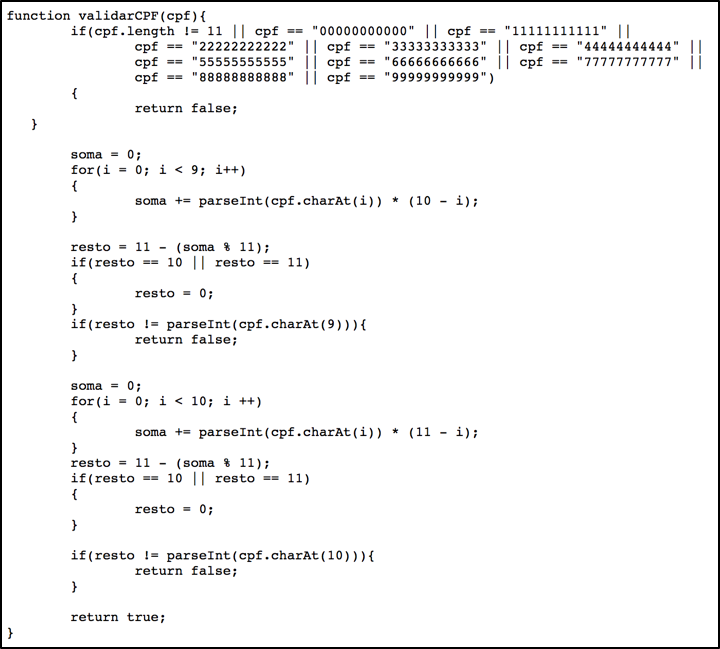 This kind of validation is certainly used to give a bit of legitimacy to the fake website and, perhaps, to do not overload crooks with much “data-mining” work.

In the next page, the fake website informs that the device used on that connection needs to be authorized, as seen in Figure 4. 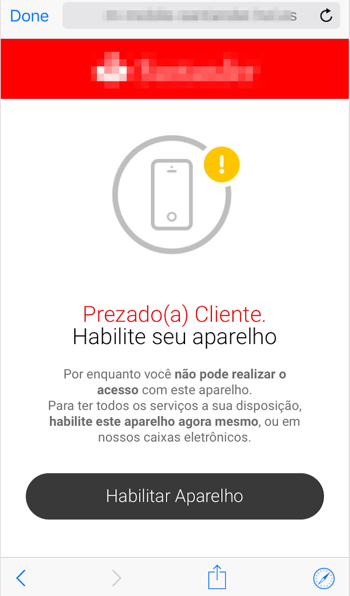 By clinking on “Habilitar Aparelho” which means “enable device”, a new page is shown asking for the victim to inform the 4-digit password, as seen in Figure 5. 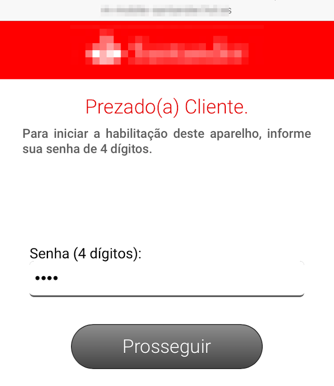 Again, there is a minimum validation to avoid the user trying very simple passwords like “1234” as seen in Figure 6.

Next, the step that caught our attention. The fake website asks the victim to take a picture of its token card and upload it. To be precisely, asks to take a picture of the side with all security codes used to validate banking transactions as a second-factor authenticator, as seen in Figure 7. 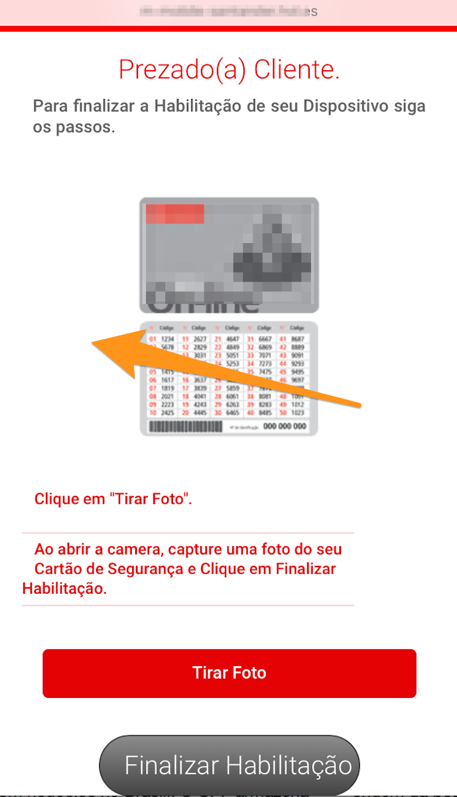 By clicking on “Finalizar Habilitação” which means “proceed with the device authorization”, the victim’s smartphone will prompt the user to select a picture from its library or take a new one – which is exactly what the user is induced to do, as seen in Figure 8. 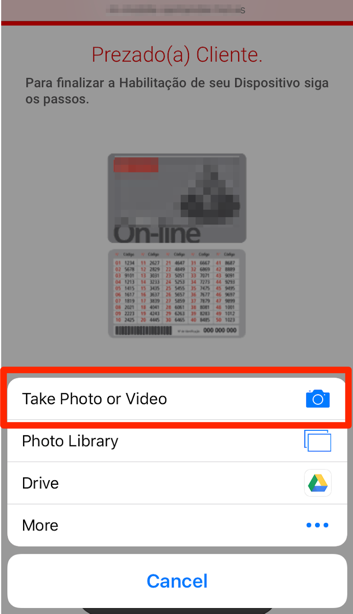 Once the victim ends up the whole process, including the token card picture, the criminals will have all the information needed to make fraudulent transactions on the compromised bank account and the user is forwarded to the real bank login page.

Using victim’s smartphone to take pictures to steal information or, who knows, things, scares me a little bit. I can explain. Earlier this month, reading Bruce Schneier’s blog I saw a post entitled “Now It's Easier than Ever to Steal Someone's Keys” [1] which says, “The website key.me will make a duplicate key from a digital photo.”.

While writing this diary, I was reported about similar SMS Phishing campaigns targeting other banks costumers here in Brazil. Stay tuned.