Earlier today, @killamjr informed about a file with this SHA256 hash:

It's a JavaScript downloader, and it originated from a wave of malspam with zip attachments.  Upon further investigation, the malspam had an error in the final boundary marker, so the attachment would not properly display in an email client until I fixed it.

Today's diary looks at the malspam and associated infection traffic.

The malspam and attachments

Shown above:  Example of an email from this wave of malspam.

These emails had no message text, and they only contained an attached zip archive.  The zip archive contained a JavaScript (.js) file.  When extracted and double-clicked on a vulnerable Windows host, the .js file caused Windows Script Host to download and install malware.

Each message from my malspambot had the same zip attachment that contained the same .js file.  It had a different file hash than the one I originally infected my lab host with, but it was basically the same file. 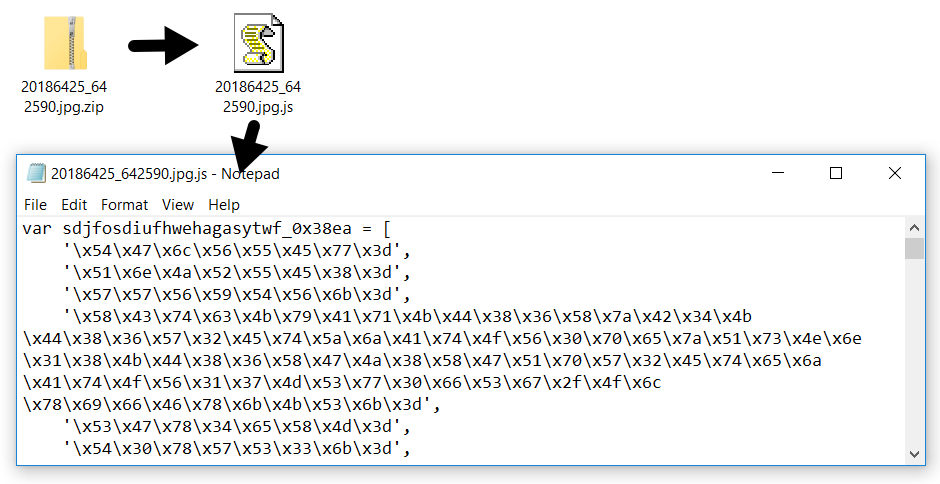 Shown above:  Attachment from the malspam.

Traffic from my infected lab host

After double-clicking the .js file, I saw several HTTP requests for malware.  One of the HTTP requests returned a .js file used in attachments from malspam sent by my newly-infected Windows host.  Another HTTP request returned a mailing list of recipients to send the malspam.

In addition to SMTP traffic on TCP port 25, I also saw post-infection traffic for a Monero coin miner (XMRig).

I found an error in the final boundary line at the end of all emails sent by my infected lab host.  That line had an extra dash (3 instead of 2 dashes) to close out the message.  This made the attachment unreadable to any normal email client.  If the message made it to its intended recipient, the recipient would probably see a blank message. 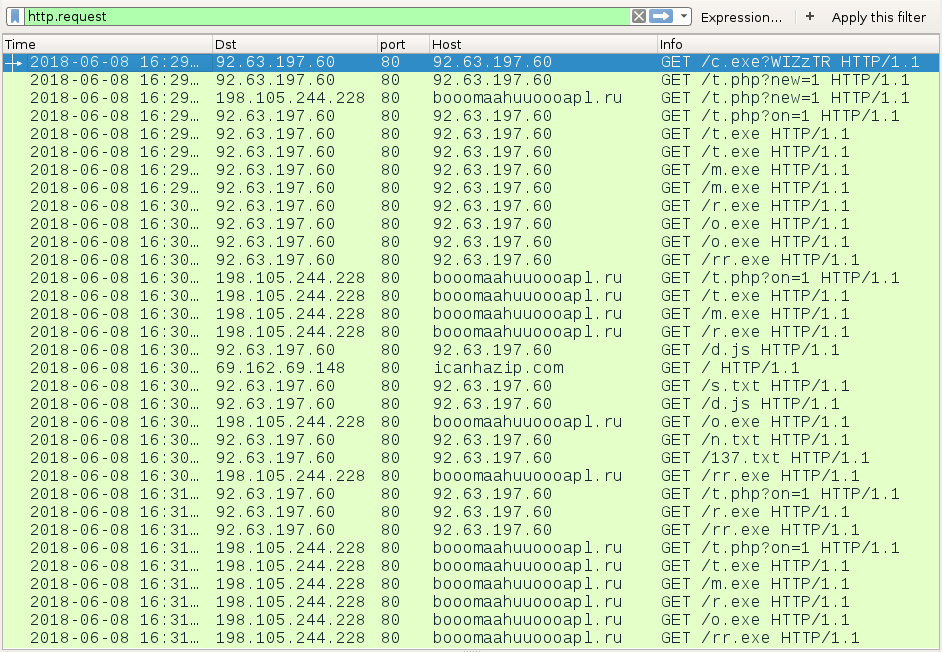 Shown above:  HTTP requests from the infection traffic as seen in Wireshark.

Shown above:  Post-infection traffic for a Monero coin miner.

Shown above:  Following one of the TCP streams for the coin miner traffic. 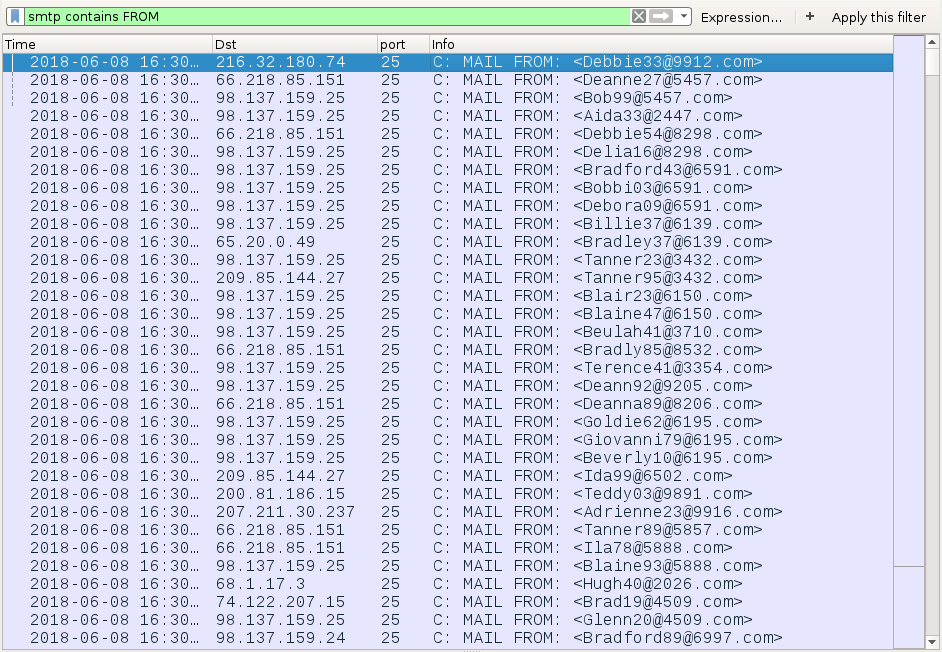 Shown above:  Filtering on SMTP traffic to find the spoofed sending addresses. 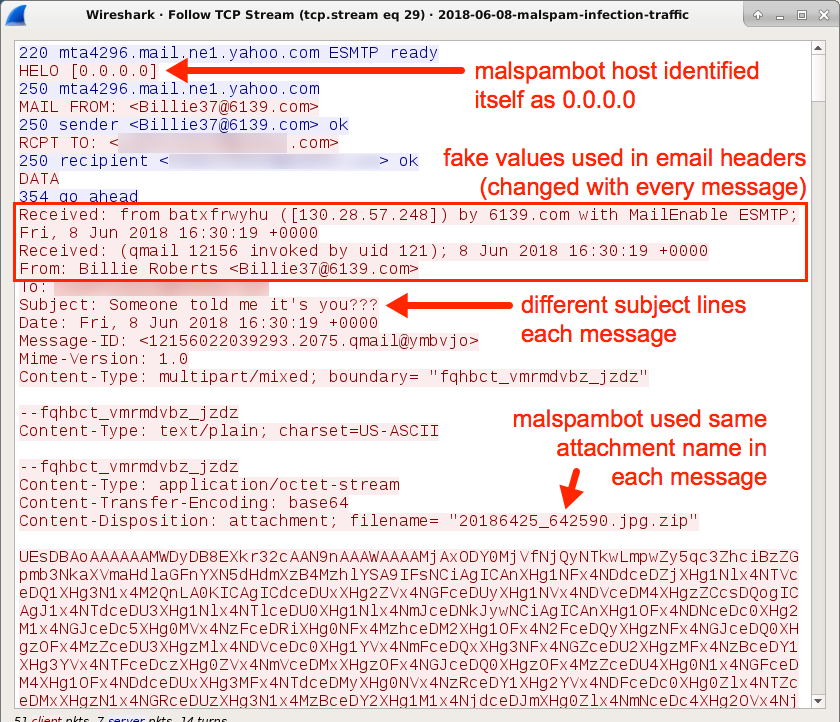 Shown above:  Following the TCP stream for one of the malspam messages. 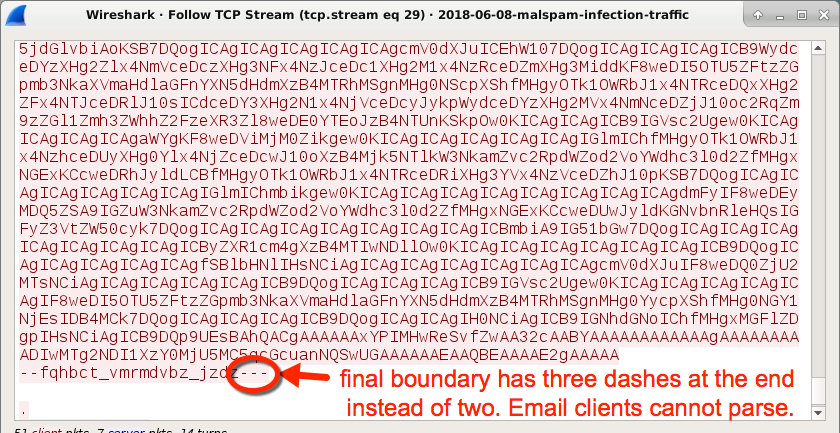 Shown above:  Near the bottom of the TCP stream, you see the error in the closing boundary tag.

Forensics on an infected Windows host

Shown above:  Registry entries on my infected Windows 7 host. 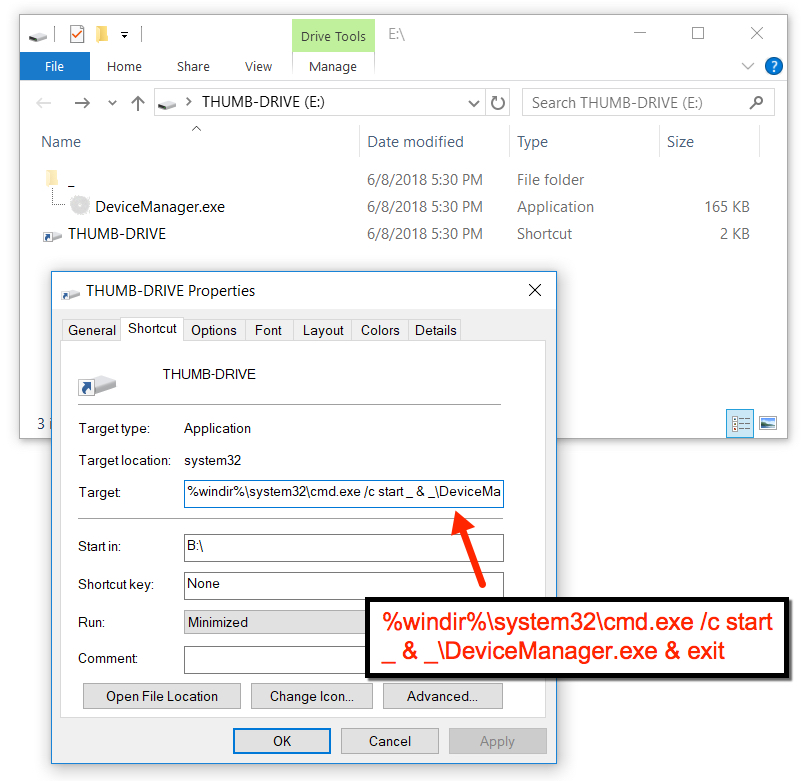 Shown above:  Contents of a USB thumb drive taken from my infected Windows 7 host.

The following are indicators found during my investigation:

Network traffic from the infection:

As usual, properly-administered and up-to-date Windows hosts are not likely to get infected.  The boundary errors in these malspam messages probably ensured none of the intended recipients even saw the malware.  Furthermore, system administrators and the technically inclined can also implement best practices like Software Restriction Policies (SRP) or AppLocker to prevent these types of infections.

Of note, email headers from this malspam are similar to what I've seen with the "Zero Gand" campaign in previous months.  Today's wave of malspam probably used the same distribution channel as that earlier campaign.

As cryptocurrencies have become more popular, criminals have expanded their operations into this area.  This is most obvious with the rise in cryptocurrency miners (coin miners) during the past year or so.  But In recent months, I've also seem more cryptocurrency-themed phishing emails than before.  I already provided one such example last month.  Today's diary provides another recent example.

These phishing emails attempt to obtain login credentials for bitcoin or other cryptocurrency wallets.  This particular email spoofed blockchain.info. 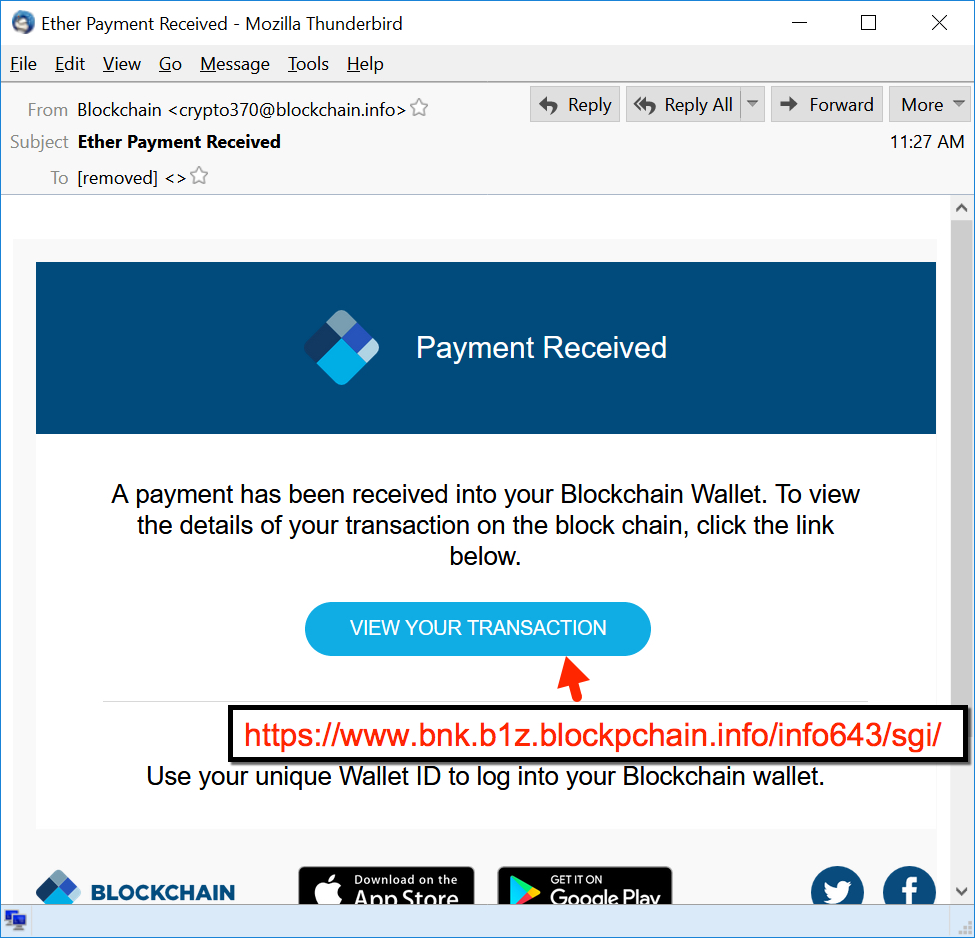 Shown above:  Screenshot of the phishing email.

The fake login page was quickly taken off-line; however, I got some screenshots of it before it disappeared. 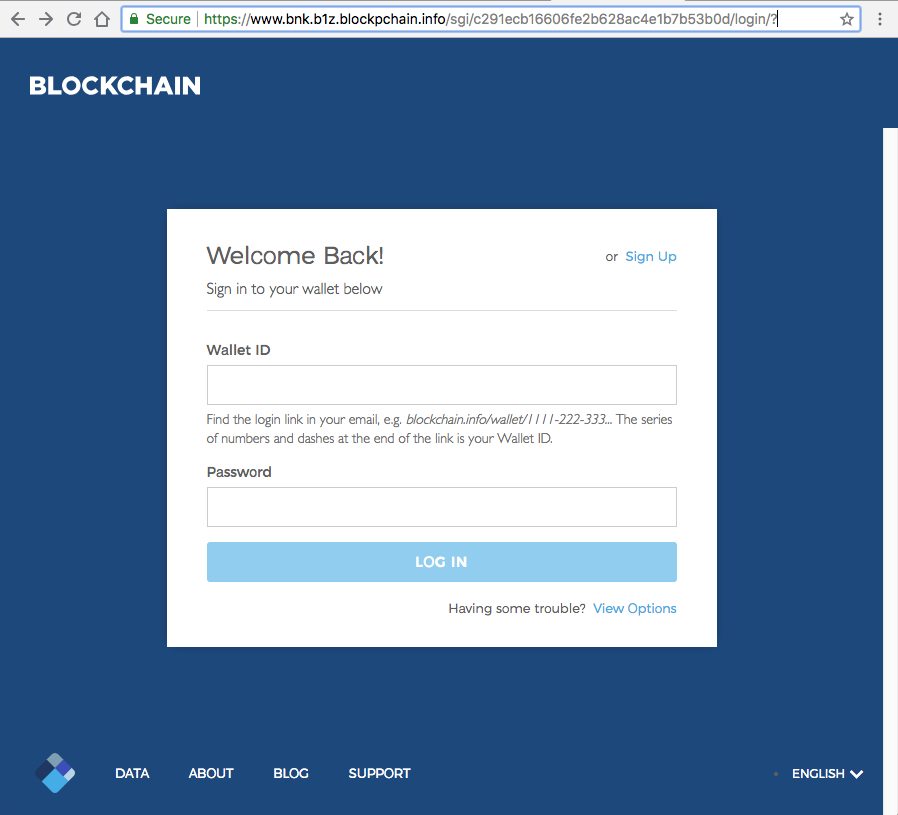 Shown above:  Screenshot of the fake login page when it was still active.

Shown above:  Nothing on the base page but a rude message.

This particular domain was blockpchain.info (notice the "p" between "block" and "chain").  It was originally registered on 2018-05-17, so it's been around approximately 3 weeks as I write this.

This was not a particularly clever phishing email.  Most people have some sort of phishing awareness and could have spotted the fake login page URL.  Furthermore, the fake Blockchain page had already been taken off-line by the time I attempted an in-depth investigation.

This is just one more example of how phishing emails remain a constant threat, and the criminals continue to adapting to our changing times.