TLS 1.3 is now supported by about 1 in every 5 HTTPS servers

TLS 1.3 has been with us for couple of years now[1]. It has brought significant security improvements over previous TLS versions (as well as couple of slightly controversial ideas, such as the 0-RTT) and although its adoption is far from universal as of now, the number of servers which support it seems to be slowly increasing.

As you may see from the following chart, which is based on data I’ve gathered over the past three months from Shodan.io, TLS 1.3 was supported by over 20 percent of all HTTPS servers on the internet during the last quarter of 2020. And although the number has recently slightly fallen, the overall rising trend is clearly visible (see the trendline). 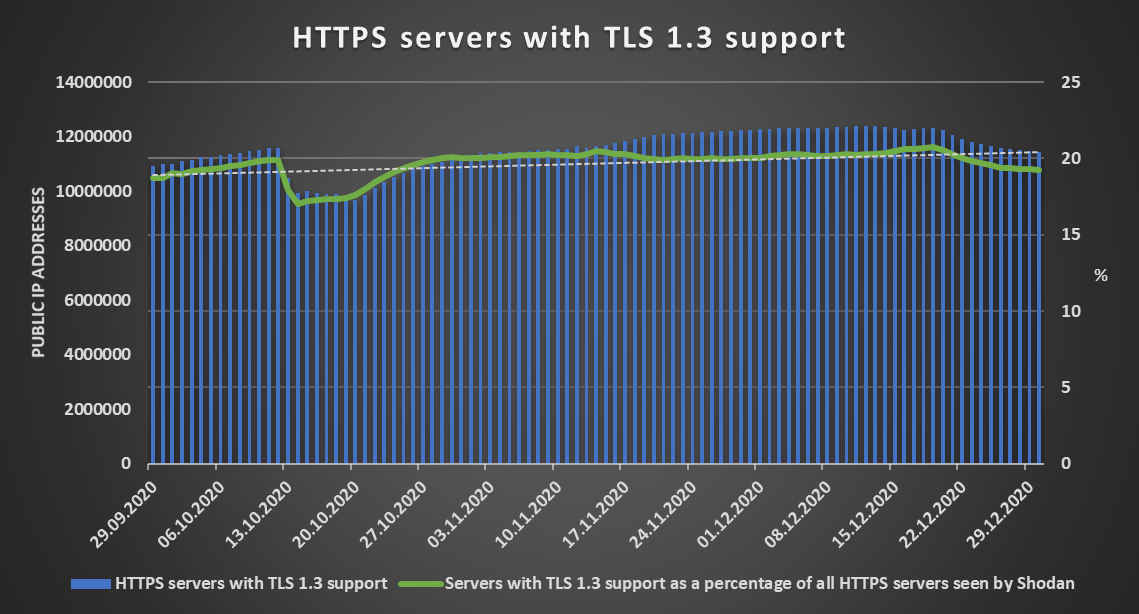 The increase in support of TLS 1.3 isn’t the only good news worth mentioning when it comes to the overall security of HTTPS traffic on the internet during the last quarter of 2020.  That is because the support for SSL 2.0 has been steadily dropping. At the beginning of October, the number of HTTPS servers supporting this outdated protocol fell bellow one million and currently only about 1.5 percent of all HTTPS servers on the internet still support its use. 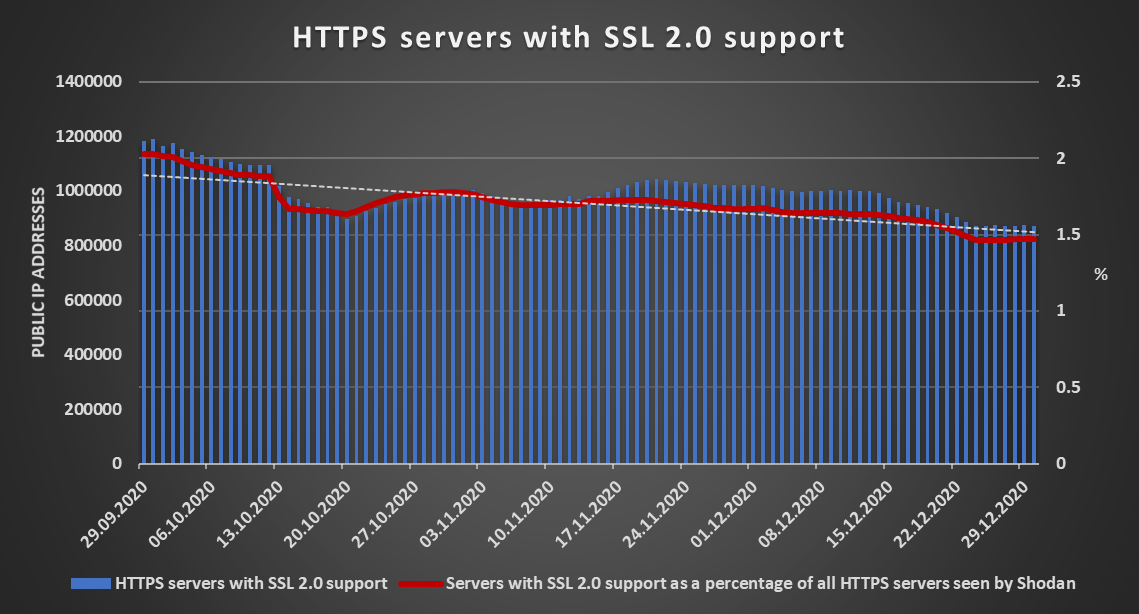 The fact that there are still servers which support SSL 2.0 out there is of course far from ideal (last year, there were still even few internet banking portals, which still supported it[2]), but the numbers show that the situation is indeed getting better.

I’ll add that since some of our readers have reached out to me with requests for either data I’ve gathered from Shodan, or for the script I’ve used to get them, I’ve decided to open source the tool and I will publish it in January 2021. So if you’d like to gather your own data from Shodan about open ports, vulnerabilities or TLS support in your country or around the world, stay tuned…