Today I noticed a high amount of e-mails on my honeypots with similar subject, body and attachment. It caught my attention . After inspecting the attachments and doing some analysis, it was not difficult to realize that those supposed “Status Invoice” messages were, indeed, part of an ongoing campaign pushing a Locky ransomware variant that is being called Ykcol (or Locky in reverse) due to the encrypted file extension (“.ykcol”).

In today’s phishing messages, I noticed an additional subject line “Your Payment” and “.rar” attachments instead of the “zip” ones seen two days ago based on a post from Bleeping Computer[1].

The threat flow of today’s campaign is very simple and can be seen in Figure 1. 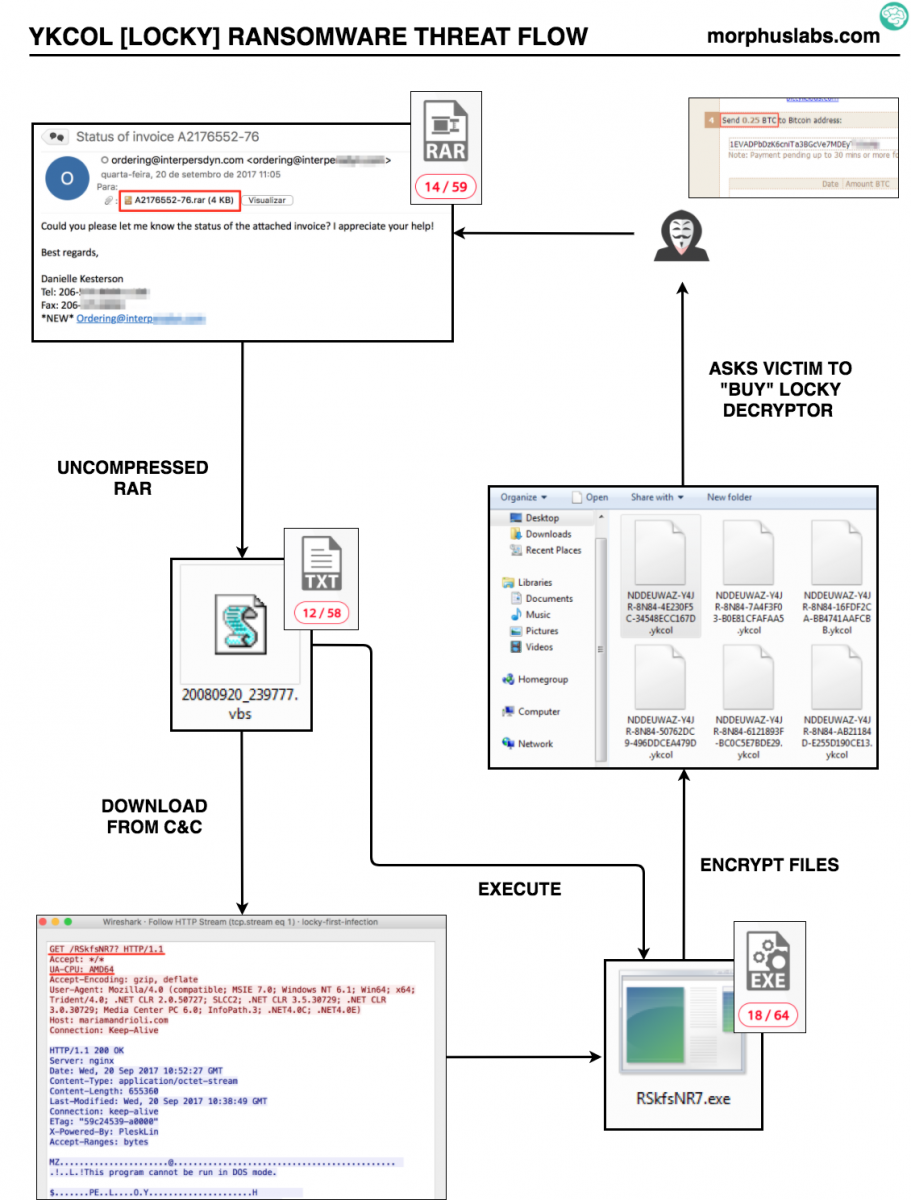 From the samples I received, it was possible to identify 4 (four) different VBS samples, from which the following IOCs were extracted:

* Although I tried to manipulate the HTTP POST request changing the parameter “UA-CPU: AMD64” to other architectures, the binary offered by the server in response was the same.

All e-mails were sent by “ordering” @ some domain, like: ordering@interpersdyn.com or ordering@calcblog.com with a message like the following one:

Could you please let me know the status of the attached invoice? I
appreciate your help!

Something that caught my attention during YKCOL VBS analysis was that the scripts were not obfuscated and contained lots of code unrelated to malicious activities or C&C communication. As seen in Figure 2, we can see a random function called Anim2UniBall that is not called by the script:

Searching for this code snippet, I could find many similarities with a gaming framework called OpenARC [2], a clone of a 20 years old game called “Attack, Retrieve, Capture”.

Games apart, not obfuscating and including random code would be a strategy to evade anti-malware euristics? Or maybe trying to trick someone that do not carefully read the code to execute it?