To test Prowler, I installed, configured, and ran it against my AWS account with ease from my Mac mini running Python 3.9.12, as follows:

Results are produced in CSV, HTML, and JSON, as well as a results table to the terminal. As you can see below, my results are terrible, and I have some attention to pay to my rarely used AWS account, current billing = .87 cents a month ;-). 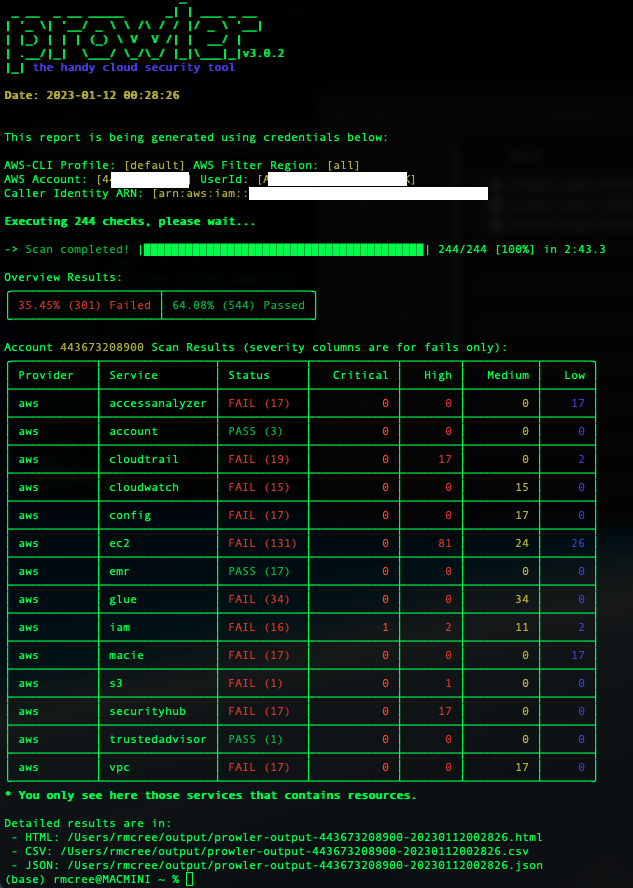 May I be the first to recommend you read all the Prowler resources, and immediately audit accounts and subscriptions in your care. I have in, my many years of cloud defense, seen the worst of the worst in cloud compromise, customer runaway spend, and cloud abuse, often the result of easily prevented misconfigurations and weak permissions. Go do! I look forward to the GCP version.

Thanks for posting this, @Russ

I'm finding that the Azure support is not nearly as mature as the AWS feature set.
Is that what you find too?

What am I missing?