A number of sources, including DShield, have noticed an uptick on port 2323 TCP beginning around 3 weeks ago. 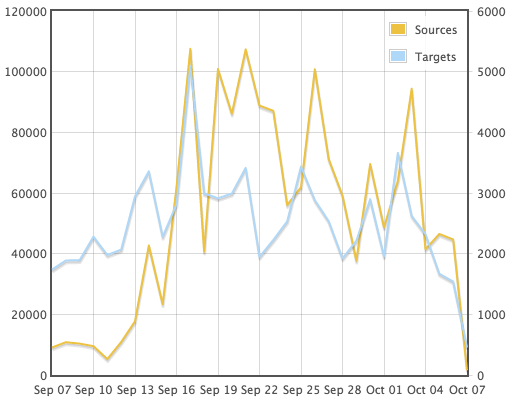 This is the scanner portion of the Mirai botnet scanning for IoT devices on both 23/TCP and 2323/TCP.   There are a number of IoT devices that use port 2323/TCP as an alternate port for Telnet.  Those who have setup listeners on port 2323 are seeing brute force credential attacks utilizing a small dictionary.

I was just wondering about this very thing a couple of hours ago when I was looking through my firewall logs.

Yes, I have been seeing a lot of this in some various logs as well. Thanks for your post.